Ron is President and co-founder of LaRose Surveys, P.C. He has been working in the field 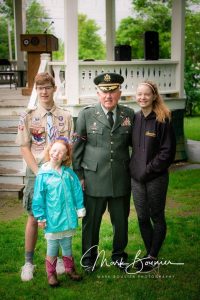 of land surveying since 1968 and has been a Registered Land Surveyor since 1970. He is a graduate of Vermont Technical College with an Associate Degree in Highway Technology.

Ron’s early years in surveying was working for Lee Lowell in Middlebury. This gave him the opportunity to establish his foundation in surveying as Mr. Lowell worked all over the state and his projects varied from mountain lots to swamp lots, major subdivisions, urban and rural surveys, and lake front properties. This variety in experience was invaluable in becoming a licensed surveyor.

Ron also was a member of the Army National Guard and served three years in the Army in Germany. He retired from the military in June 2005 as a Lieutenant Colonel. His service consisted of 29 years commissioned service and 10 years enlisted service attaining the rank of Staff Sergeant.

Ron has been married to the former Connie Bouvier since 1969. They have two sons, Kevin and Brett, and three grandchildren, Emma, Koby, and Ella. He has been active with the local Boy Scouts and is the Commander of American Legion Post 19. He is also serving his community as a member of the Bristol Design Review Board. Ron’s leisure time is spent hunting, fishing, camping, and enjoying his grandchildren. 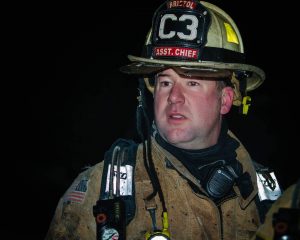 Kevin is Vice President and co-founder of LaRose Surveys, P.C. Kevin has been working in the Land Surveying and Civil Engineering fields since the early 1990’s since he completed his education at Vermont Technical College and the University of Vermont.

Kevin attained his license to practice Land Surveying in 2002 and his certification as a septic system designer through the State of Vermont as a Licensed Class B Designer in 2003. Kevin also earned his Engineer Intern license in 1999. Kevin studied surveying, septic system design, structural design, soils, and traffic while at Vermont Technical College and the University of Vermont.

Prior to founding LaRose Surveys, P.C., Kevin spent twelve years working in both the private and public sector for a consulting engineering company and for a construction management company. Mr. LaRose has worked on projects ranging from a single-lot septic system design to a 92-lot subdivision providing surveying, design, and permitting services. He also worked as a project engineer on Middlebury College’s Kenyon Hockey Arena.

Kevin is married to Megan LaRose, and has two children, Emma and Koby. They reside in Bristol where Kevin is an Asst. Chief with the Bristol Fire Department and has been a volunteer firefighter since 1994. He is also a member of the Post 19 Sons of the American Legion. Kevin enjoys working with his children and has coached AAU basketball, soccer, and little league baseball; works with the Boy Scouts as the Scoutmaster; and serves with the Knights of Columbus. Kevin has previously served on the Lincoln Community School Board, Lincoln School Facility Committee, Lincoln Fire Company and Bristol Rescue Squad. Kevin is also an Eagle Scout.

In his spare time, Kevin enjoys camping, fishing, waterskiing, and downhill skiing with his family.